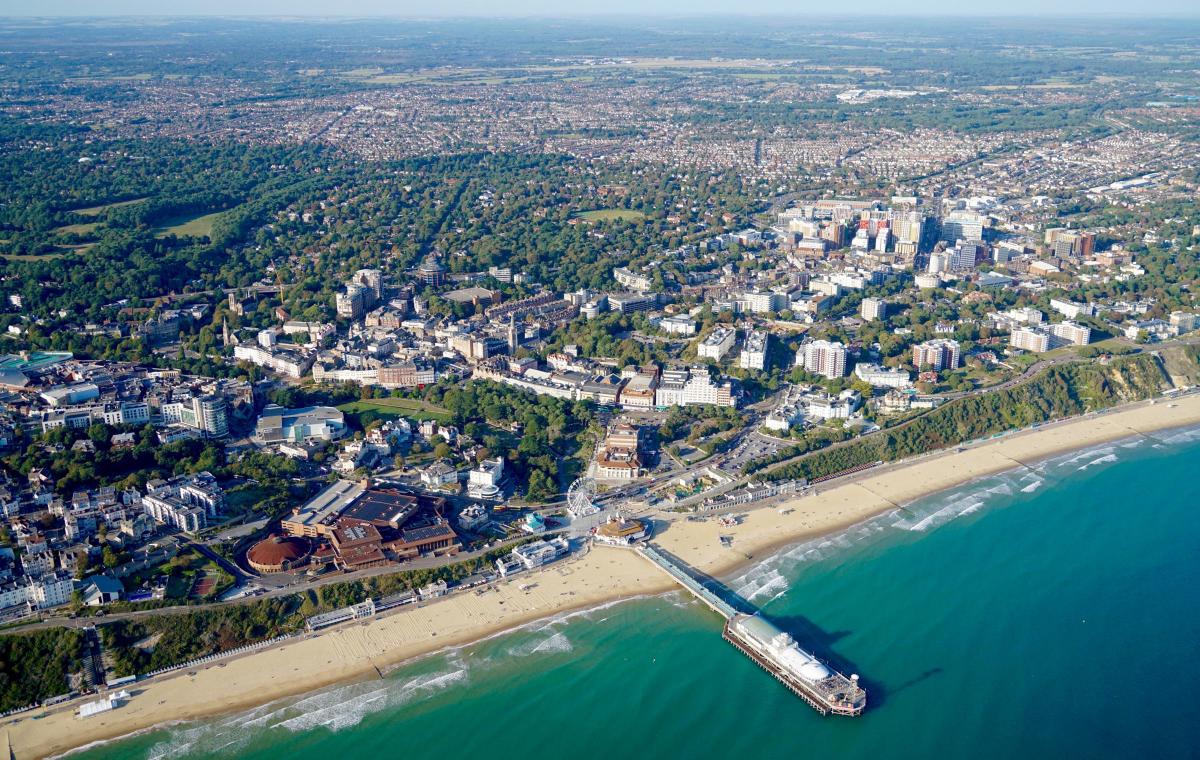 Bournemouth’s unique micro climate is helped in part by the hills of the surrounding area, such as the Purbecks. I’m glad to say that I get a great deal of satisfaction from providing the Bournemouth weather forecast, more often than not it is good news! The best months to enjoy the best of the Bournemouth weather are between May – September, which is when you will enjoy many hot and sunny days, but it is by no means guaranteed even at this time of year. But if you wake up to cloud, don’t fret, go make yourself a cup of tea and just wait a little while, there are many times when the Bournemouth weather could be cloudy in the morning but then clearing away by lunch time to give you a lovely sunny afternoon to enjoy on the beach. The coldest months are January – March, you will need to wrap up warm to go outside at this time of year. Quite often there will be frost early in the morning, but because of the mild climate Bournemouth enjoys all year round, it rarely snows. Drive a short distance though in any direction from Bournemouth and you’ll probably find there will be thick snow settling everywhere, strange! In Early 2010 the whole country was gridlocked with snow for weeks, Bournemouth was the only place in the country that didn’t get any!

The temperatures gradually start to rise after the winter period, the birds start singing and all the trees and plants start springing to life. The last 2 – 3 years the Bournemouth weather has had more consistent sunshine at this time of year than in the Summer! The rain can be very heavy when it does put in an appearance though, hence the saying “April showers”, and can last for several days. By May you will definitely be going for shorts and t-shirts more often, but it is still a good idea to take a fleece with you as it can still be a bit chilly if the cloud comes through later. http://63.250.39.52/

The Bournemouth weather in the summer can be glorious, comparable to the Mediterranean! This is the barbecue season. The weather is generally dry and bright with light winds between force 1 – 3. You will still get the odd brief rain shower if you are unlucky but in 2010 it seemed to rain mainly at night when we were all tucked up in bed! The evenings are warm enough to sit outside in trousers, shirt and fleeces. You will need to have the windows open when you go to bed to keep the temperature down to a comfortable level.

The daily temperatures begin to slowly fall, the Bournemouth weather in September still offers many sunny days where you can wear shorts during the day. September is also by far the best month of the year for dramatic sunsets, keen photographers head over to Poole & Christchurch harbours to capture that magical shot. Bournemouth in the Autumn will have more cloudy days with a mix of rain but still pretty mild. This time of year is historically viewed as the windy season by windsurfers and kite surfers, warm blustery winds, on the odd occasion reaching beaufort force 7 – 8.

The weather in Bournemouth over the winter period marks a noticeable change in the climate, from January onwards the temperatures significantly drop. There will be plenty of frosty and icy mornings so you will need a ice scraper handy to remove the ice from the windscreen. Bournemouth still enjoys plenty of crisp and sunny days at this time of year with clear blue skies. You will still need to dress in layers to keep warm.